Do you want to see how fast a liberal’s head can spin?  Try this:

Hillary says Trump is not to be trusted with nuclear codes.

However, in 2002 the then Senator Clinton voted in favor of the Iraq War.  Watch her attempt to justify it here: https://www.youtube.com/watch?v=DkS9y5t0tR0

The sort-of-Socialist, Bernie Sanders, said this about her war positions: “I think her support for the war in Iraq was not just an aberration. I think her willingness to kind of push President Obama to overthrow  Gaddafi and lead to the kind of instability that we’re seeing now in Libya, not inconsistent with her other views in Syria, where she wants a no-fly zone which could suck is into never-ending conflict in that area.”

By now, your Liberal’s friend should be spinning uncontrollably. So it’s time to ask this question: So, why is Trump the one not to trust on war matters? 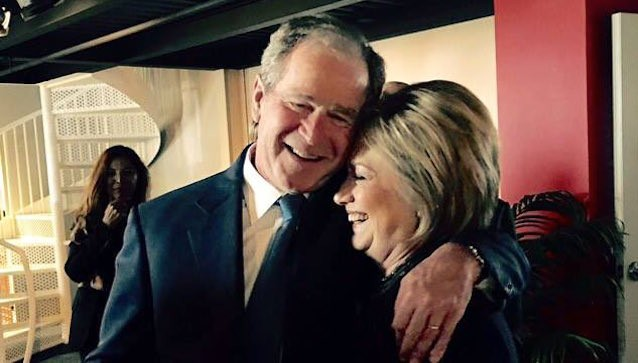